If you spend a lot of time in a large, drafty room, it can get uncomfortable cold, especially in the warmer months. Space heaters are a great way to provide some additional heat, but you have to make sure you buy the right type for a drafty room.

Quick Look at our Recommendations 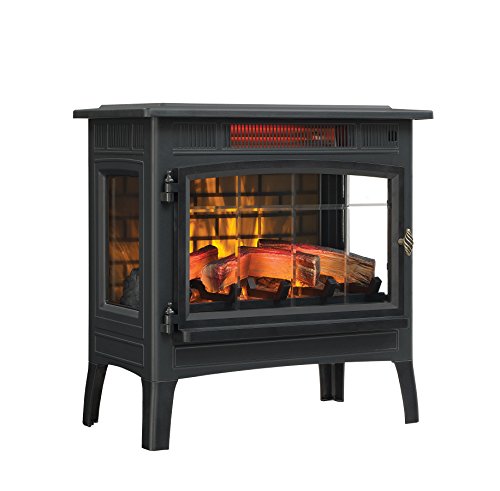 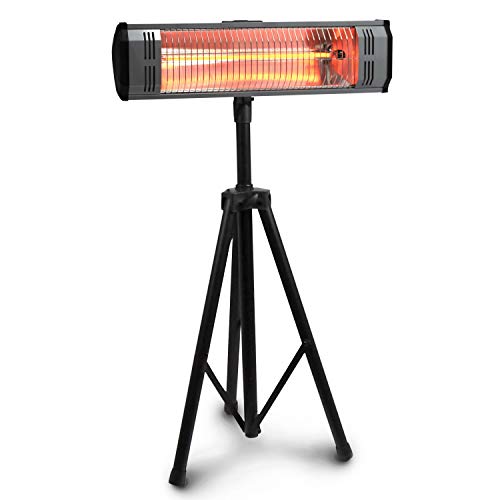 Duraflame Infrared Stove
Heat Storm HS-1500-TT
If you don't like the aesthetics of the Pelonis, check out the Duraflame Infrared Stove. It's more expensive than the Pelonis and has a smaller heating panel, but it's hard to deny that it's more visually attractive.
For garages and workshops the Heat Storm HS-1500-TT is a good choice. It is also an infrared heater and it includes a tripod which enables you to raise it up to 6.5' high. It's easy to move around too.
$249.99
$106.53
Buy on Amazon
Buy on Amazon
Better Looking

Which Type of Heater is Best for Large Drafty Rooms?

When you have a drafty room, it’s difficult to keep it warm, no matter the size. If you try to heat the air, it won’t last long because cold air will enter the room and cool the room down. This is an even bigger problem when you have a large drafty room.

The solution is to purchase an infrared heater.

There are two main types of space heater: convection and infrared.

Infrared heaters aren’t a completely perfect solution though. They only work in localised areas so they won’t heat the whole room like a convection heater. If you just need to heat one area, say one person sitting at a desk, then an infrared heater will be great. If there are multiple areas throughout the room that need heating simultaneously, then you will need to think about a few strategically placed infrared heaters.

The Pelonis HQ-1000 is our top pick for a space heater for large, drafty rooms. It might not be the best looking heater, but the heating panel is much larger than most models.

The problem with many of the popular infrared space heaters like DR Infrared is that they are both infrared and convection heaters. They do have a small infrared heating panel, but they also use a fan to blow hot air into the room. If you have a large, drafty room, this is no good because the draft will quickly cool down the hot air.

The Pelonis HQ-1000 only uses infrared heating which means the panel is much larger and there won’t be any wasted energy trying to blow warm air in the room.

Drawbacks to the Pelonis HQ-1000

Other Space Heaters to Consider for Large Drafty Rooms

If you don’t like the look of the Pelonis HQ-1000, here are a couple of other space heaters you might want to consider for a large drafty room.

Duraflame Infrared Stove
If you’re not a fan of the aesthetics of the Pelonis, you might want to check out the Duraflame Infrared Stove. Despite the obvious fact that the flames are fake, they do look very realistic due to the 3D flame technology. The heating panel is much smaller than the Pelonis though so it won’t heat quite as well. It’s quite a bit more expensive too.
$249.99
Buy on Amazon